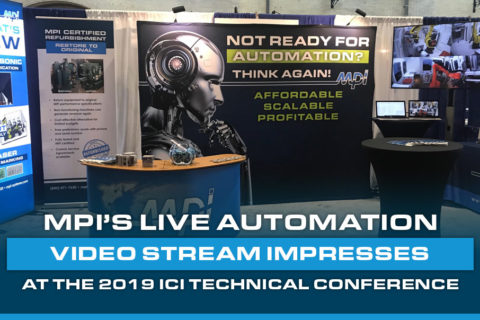 This year’s theme, “Not Ready for Automation… Think Again,” helped demonstrate just how far MPI has taken wax room automation in terms of its capabilities and affordability. One of the highlights of the MPI booth was the live streaming of two automated cells operating from the MPI Technology Center at MPI’s world headquarters in New York. MPI streamed from four cameras onto an oversized split-screen display situated in their booth.

Two cameras focused on the MPI Model 20-06 automated injection cell, which demonstrated parts being produced, robotically removed from the die, moved to the injection feed nipping station, placed on a setter, and then placed in a tray on a conveyor for output feed. The other two cameras were focused on an MPI Model 20-14 automated pattern assembly cell. Parts from the 20-06 were input into the 20-14 cell, where two robots worked in parallel to pick up the parts and weld them to a runner bar, producing a completed assembly ready for the shell room. Both cells performed flawlessly throughout the six-hour expo over two days and only required one operator to tend to all process steps. This was an eye-opening experience for those fortunate enough to experience it.

“We came to this year’s show hoping to demonstrate to customers that they are a lot closer to being ready for automation than they think,” said Mark Haas, VP Global Sales and Service. “MPI has been automating for well over a decade and has the experience necessary to create an automated solution that makes financial sense for any customer looking to achieve higher productivity and profitability goals.”

MPI also introduced its first three-robot assembly cell at the show. The addition of a third robot allows customers to produce larger and more complex assemblies that previously could not be performed using automation. Having a third robot allows the assembly to be picked up and manipulated in a manner that allows for welds to be made with maximum precision and flexibility.

Although automation was the main event for MPI at the show, there were plenty of other new developments to talk about, as well. MPI also introduced ultrasonic die lubrication. This technology creates a fine, atomized lubrication mist on the die that results in a highly uniform application. The ability to control the application has demonstrated proven results, particularly with thin-wall components found in the aerospace industry.

Another new introduction was laser part marking. This process allows any part to be marked with an alphanumeric bar code, serial number, or any other machine-readable designation with increased precision. The flexibility and control of this process allow for parts to be marked within the automated cell just after injection and have that mark carry through to the finished metal casting.

Aaron Phipps, Vice President Manufacturing & Engineering, presented at this year’s show. His presentation focused on culture and employment strategies for forward-thinking companies. Aaron discussed taking a modern-day approach to recruiting employees in today’s challenging job market. He discussed the importance of investing in your local community, developing talent through internship programs, and ways to challenge and grow your employees for maximum retention. The presentation was well received and stirred much interest and conversation.

MPI extends its gratitude to the Investment Casting Institute for putting on a great show and to all the wonderful people who stopped by to learn more about MPI products and services. 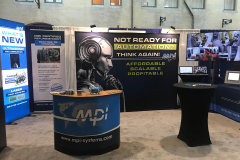 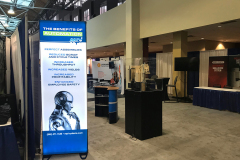 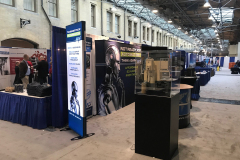 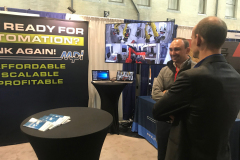 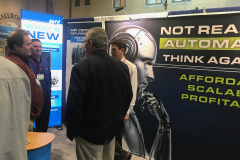 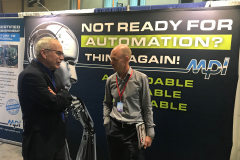 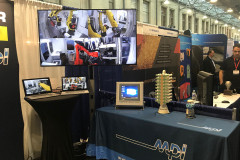 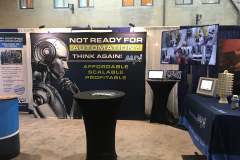 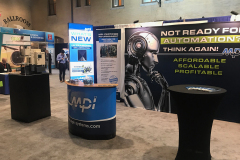 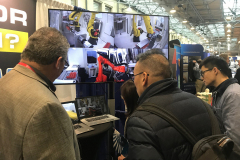 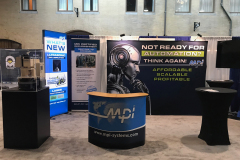