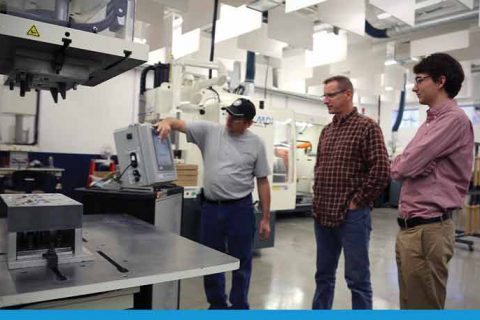 Poughkeepsie, NY, May 9, 2017: MPI, the worldwide leader in wax-room equipment, was provided yet another opportunity to perform a real-world performance demonstration of its industry-leading wax-injection equipment at its world headquarters in New York.

A foundry in the Midwest had a long history of purchasing wax-injection machines from an MPI competitor. When asked why it hadn’t ever purchased an MPI machine, the foundry indicated it was reluctant because they believed MPI’s machines were expensive, and it didn’t believe the process control advantages would be significant enough to justify the additional cost. The foundry felt it would be paying for bells and whistles that wouldn’t result in increased performance.

MPI invited the foundry owner and wax-room supervisor to its New York headquarters to test drive MPI wax injectors. It asked the foundry to bring the die for its most difficult part to inject, along with its own wax.

Within hours of their arrival, the MPI injector had already produced a better part than the foundry had ever previously produced. MPI then optimized the machine, and the results were even more significant. Surface finish on the injected parts were better than the foundry had seen before, flow and knit lines were eliminated, and there was no flash. Not only did they see a dramatic improvement in pattern quality, they were able to inject them in half the cycle time. MPI then injected a second die for another part that was difficult for other reasons, and experienced the same kind of results.

“The best way to truly understand the value of an MPI machine is to experience its performance capabilities firsthand,” said Aaron Phipps, Vice President of Sales and Marketing. “Once you can quantify the results, the decision to purchase an MPI machine becomes easy.”

A live demonstration utilizing their own wax and die made a believer out of the foundry. Not only did they place an order for a machine shortly thereafter, they have since purchased four additional new machines and no longer consider machines from other manufacturers.

MPI is the worldwide leader and innovator of wax-room equipment featuring a broad range of wax-injection machines that generate higher casting yields with increased productivity and throughput. As the acknowledged leader in wax-room innovations, MPI has developed and introduced more systems and products than all its competition combined.